Brad Parrish brings more than 25 years of higher education experience to the University Partnerships team. Prior to joining Noodle, Brad served as Sr. Consultant/Head of Business Development for Edge Pathways where he led the development of university partnerships and served as lead partnership manager and contributor to the student acquisition leadership team. Before joining Edge Pathways, Brad served as Sr. Vice President for University Partnerships at Revature where he led the strengthening and expansion of the University Partnerships division that collaborated with more than sixty institutions.  Accomplishments at Revature included building and launching a novel coding bootcamp program for universities, pioneering a national campus recruitment program, launching a national hiring event program, and executing a specialized, intensive tech training program pilot with a large public university system.  Prior to joining Revature, Brad served as Sr. Vice President for Academic Partnerships at Pearson Online Learning Services’ lead location in Orlando, Florida, where he oversaw business and partner expansion, enrollment operations, university partnerships, and culture and facilities for a 300+ employee site.   Prior to his role as Sr. VP, Brad served as a Partnership Director in building and leading a successful, high-growth business unit and was then promoted to Regional Partnership Director where he led the establishment of a new business model and the creation of an additional business unit.  In more than 7 years at Pearson, Brad was instrumental in significant partnership expansion and annual growth. Before joining Pearson, Brad served for more than fifteen years at private, non-profit universities and colleges in enrollment management, marketing, and student services, including several roles at the Vice President level.  He led significant enrollment expansion in each of the institutions where he served and set multiple historical enrollment records for each institution during his tenure.  Brad also has significant experience and expertise in international student recruitment.  Brad received his bachelor of science in biology from Birmingham-Southern College and an MBA with a concentration in marketing management from the University of Dallas. You can reach Brad at bparrish@noodle.com. 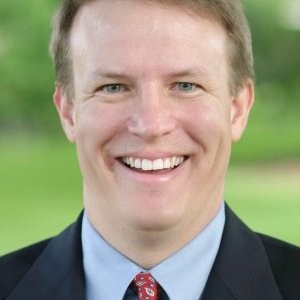