Matthew Parker joined Noodle Partners as a Learning Project Manager from the University of Michigan Department of Emergency Medicine with a combined fifteen years of film production and project management experience. Formerly an Assistant Director in the motion picture and television industry, Matthew amassed credits on nearly 20 feature films and television pilots while also working as a “script doctor” for two Producer/Directors.

While a Project Manager with Disney Imagineering spin-off, Applied Minds (AMI) in Los Angeles, California, Matthew and a team of artists and engineers oversaw a portfolio of advanced prototyping projects for the defense and space industry. This collaborative approach to innovation and project delivery helped to secure a $300M award for their client from the United States Airforce during the Technical Maturation Risk Reduction (TMRR) phase of an on-going multi-billion dollar strategic recapitalization effort. Matthew also oversaw a handful of special projects for AMI that delivered opposition research, product development, and ideation for a small roster of Fortune 500 companies.

Shortly thereafter, Matt decided he had had enough with the defense industry, and took a more peaceful position in his hometown of Ann Arbor with the University of Michigan. As the Project Manager for the Research and Education in Acute Care using advanced Technology (REACT) initiative, Matt worked closely with the Vice-Chair of Emergency Medicine to develop Mixed Reality-based clinical research and advanced decision support systems and teaching modules for acute care providers.

Matthew is also an inventor and avid outdoorsman, having patented and sold a first-of-its-kind iPhone case with retractable headphones, as well as mapped the equestrian portion of the American Discovery Trail (ADT), our country’s longest coast-to-coast trail network. In 2005, he became the first person to successfully ride the entire ADT on horseback. Matthew brings a diverse skillset to the Learning team at Noodle and a passion for innovation and design. When he isn’t Noodling, he spends most of his time chasing after his two young daughters and restoring vintage motorcycles. 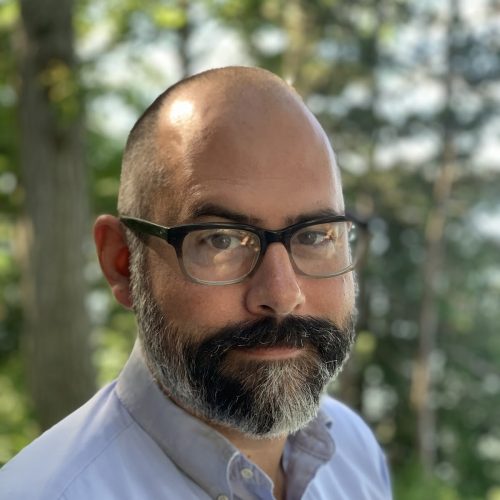