Matthew Fell is an Enrollment Coordinator in the Philadelphia office for SMU and Tulane. After four years at Penn State for undergrad as a Telecommunications major and also helping lead the largest student run philanthropy called THON, he found himself working at a special education school as a behavior staff member. He then took a position at a tech start-up company that helped non-profits increase their fundraising through a mobile platform and event based fundraising. After that, Matt then went on to work at a recording studio as an engineer and producer.

Though each of these jobs may seem extremely different, the common thread between them all is Matt’s passion for helping others. As Enrollment Coordinator, Matt continually strives to improve support for the Enrollment Team and University Partners. 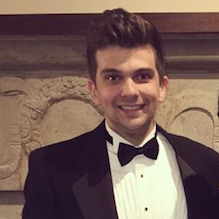